Yay! it’s back to waking up at stupid o’clock to catch the 7am coach to London for the school Art gallery trip again. And it was as freezing cold as I remembered the last time.

After an uneventful journey and a service station stop off we arrived in London. Those unprepared for the cold weather suffered, some in T-shirts and no coats in January! But that’s young people for you, I guess I was much the same when I was at that age.

Tate Modern was OK. The best part is the view of London from the top, it’s always windy though.

It’s not my kind of thing really and after a look around I spent ages in the shop which was more enjoyable. We then walked to Tate Britain via Southbank. Tate Britain is much more my cup of tea and I managed to get to see William Morris work this time. I’d rather spend all day at Tate Britain and spend much of that time looking at the Turner’s paintings.

Anyway, as the sun set we piled back onto the coach and headed back to Bristol. It was a long but enjoyable day in London. 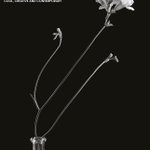 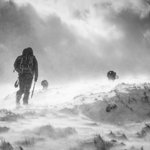 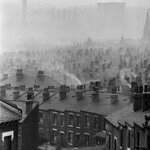 Woke early, pulled back the curtains to find a thi