This new book has arrived and there is some enjoyable content within. Henry Bournes folklore portraits have been taken at festivals using a portable studio. Most of the photographs are in colour, and very colourful they are indeed. It has to be said that by the nature of these events and subject that colour is mainly green.

There are a great many fantastic costumes and eccentricities on show. I was, though, slightly disappointed by the amount of repetition in the portraits. This is due, in part, to the very small number of events that these photographs are culled from and the studio set up. Sometimes it looks like anyone who was not dressed ‘normally’ has had their portrait done regardless of relevance. There could also have been a bit more information regarding these people. Why they were dressing as they were and what was the meaning behind what they were doing. It could have been improved had a wider selection of events and people been used as source material. I also prefer to see folklore stuff like this being performed in the wild as it were but that might just be me.

The book itself and the photographs are of high quality throughout. Arcadia Britannica gets a thumbs up from me but could have been better. 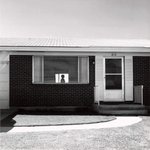 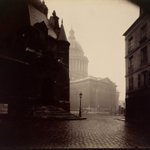 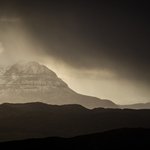